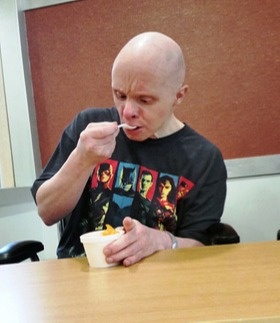 The call came at 9pm on Sunday. The voice on the other end of the phone asked me which hospital I preferred that they send Scott? My brother had been in a nursing home for the past nine months as a result of Alzheimer’s disease and seizures, so a call like this was not totally unexpected. I had, however, spoken to Scott’s nurse that afternoon and been told that he was fine. It had me totally off guard. I was completely unprepared for what was coming next.

By the time my wife Peg and I arrived at Brookhaven Hospital in Patchogue, Scott had a fever of 104 degrees, and was diagnosed with severe pneumonia and septic shock. The Emergency Room doctors and nurses were everything we could have wished them to be—professional, compassionate and caring. After discussing the situation with everyone, Peg and I decided to leave about 2am, figuring we would return later that morning. We arrived home about 3am and went to bed, only to have the phone ring ten minutes later. It was one of the ER nurses, telling me that Scott had taken a turn for the worst and they didn’t expect him to survive the night. Peg and I went back to the hospital, arriving around 4:30am.

We called my sister, Sue, who was in Florida for the winter with her husband John. Likewise, we called my other brother, Keith, who was on a fly-fishing trip in Louisiana. Even though Scott was non-responsive, we all said our tearful goodbyes, Peg and I in person, and Sue and Keith by phone and facetime. The doctors told us that the dying process could take from minutes to a few hours. So we waited, and talked to Scott and prayed that his suffering not be prolonged.

Scott continued to breathe, and then the day shift came on. There was a change of nurses and doctors, and Scott was moved to a different room. With that change in staff, there came another change. Abruptly, one of the head nurses came into the room to advise me that the MOLST for Scott was incomplete and that the DNR/DNI orders I had in place were no good. Now, had this been a few months ago, I would not have even known what a MOLST was. Three months ago I discovered that a MOLST (Medical Orders for Life Sustaining Treatment) needed to be in place in order for me, as Scott’s legal guardian, to exercise the end-of-life decision-making powers that had been granted to me by New York State.

The simplest explanation of a MOLST is that it translates the patient’s goals for care into medical directions. The MOLST is not an advance directive like a health care proxy or living will, however, and therefore cannot be done in advance. I only discovered that three months earlier when, along with the social worker at the nursing home, a more experienced nurse asked for a copy of Scott’s MOLST.

At that time, Scott was supposed to be transferred to an OPWDD group home. Since Scott had previously been living in a group home and receiving services from the Office for People with Developmental Disabilities (OPWDD), I was informed that we would need two doctors (one with special credentials) to complete a special checklist and that an attorney with Mental Hygiene Legal Services (MHLS) had to waive his objection to the DNR/DNI orders I wanted in place. The MHLS attorney objected until we could get a letter from Scott’s neurologist stating that he has less than six months to live. We did that. He approved it. Now I was being told by the hospital that the bright pink form was missing.

MOLST forms are supposed to be printed on bright pink paper so that all medical personnel, including EMTs recognize the medical directions. That led to a phone call with the social worker which in turn led to a phone call with the attorney from MHLS. By this time, Peg and I had been awake for over 24 straight hours, and Scott’s tearful but peaceful dying process had transformed from something poignant and personal to a scene taken from a Hollywood movie.

Suddenly the first MOLST was not only incomplete, but because we were now talking about palliative care, we would need a second MOLST along with the OPWDD checklist with MHLS’s approval. To further complicate the situation, the hospital legal team became involved and questioned whether MHLS’s approval of the first MOLST was still valid. MHLS insisted it was, while the hospital attorneys debated their position. Fortunately, Scott, being unconscious, was oblivious to the drama surrounding him, while Peg and I wished someone would give us a little of the morphine that was coursing through Scott’s IV.

It was eventually decided by the various legal and bureaucratic entities that the DNR/DNI was valid, but that Scott would first need to receive a week’s treatment of painful medication, heparin shots, bloodwork and other procedures to prove to the attorneys at MHLS what the hospital doctors and everyone else already knew, that Scott was in the final stage of end-stage Alzheimer’s. Additionally, he had two stage 3 pressure wounds (bed sores), severe pneumonia (one lung was completely shut down) and septic shock. Even if he miraculously survived the pneumonia and septic shock, he wasn’t going to survive the final stage of Alzheimer’s.

One of many interesting points brought to my attention by the palliative care doctor was the following: if this had been my 95 year-old parent instead of my brother who happened to be living in a group home with OPWDD oversight, we would not have needed to go through this. I found it ironic, that as a court-appointed legal guardian for Scott, I had fewer rights to implement end-of-life decisions than an adult child, and possible would-be heir to an estate, who has no legal rights other than being his/her adult child.

I understand that the MOLST is in place to protect the developmentally disabled persons who can’t speak for themselves. However, the truly sad part of this was that a very personal process unnecessarily became a bureaucratic mess. The additional procedures required for a MOLST for someone living in a group home were put into place with the best of intentions, but the actual consequences of those intentions need to be re-evaluated. The price that was paid in this case was a high price indeed. 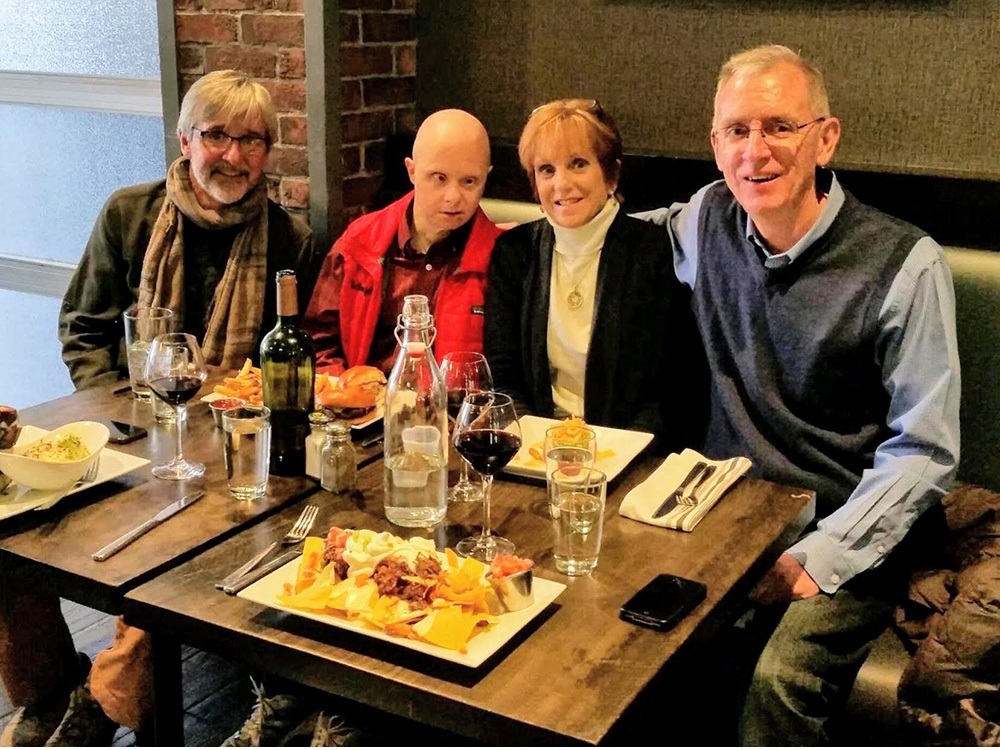